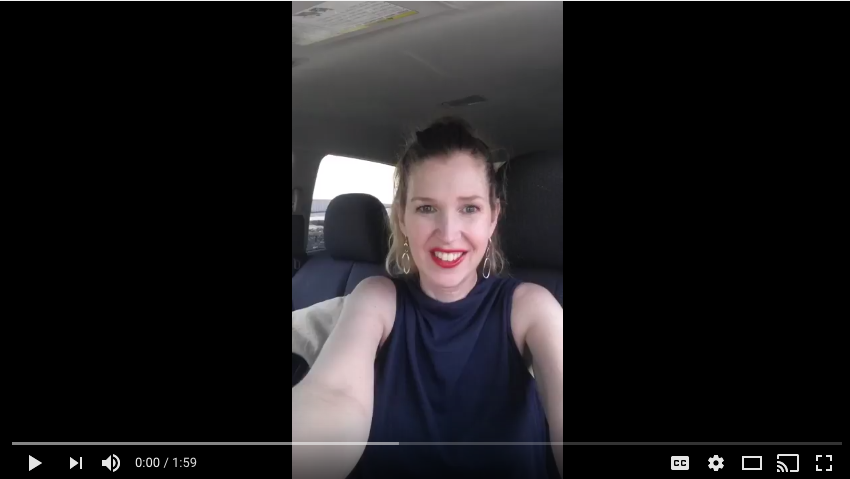 Over the years and in between showbiz gigs (as we who are hip call them) I’ve worked as a high school substitute teacher. In one classroom, a stuffed monkey (allegedly left by the regular teacher) was hanging from the room’s prominently displayed American flag.

Said monkey was clinging to the flag with his long arms. The kids were pointing at the monkey, whispering and laughing. I overheard one of them pose a question to which I, as a responsible substitute, felt compelled to answer. “Why would a monkey be on a flag anyway?” asked the curious student. “Because he’s just so excited to be an American,” I said, mentally patting myself on the back for my quick wit.

The room exploded with laughter. “Hmmm,” I arrogantly thought, “Although I AM quite witty, the joke didn’t seem to warrant that much laughter. My delivery must be impeccable today!” That’s when I noticed that some of the kids looked shocked at my retort and so I took a closer look at the monkey.

It was then that I noticed that the flag pole was unfortunately extending outward from in between said monkey’s legs and therefore…yes,  I had unwittingly made a joke about a monkey’s “excitement” to a room full of 14 year olds…a joke not only inappropriate, but much less patriotic then I intended….

Lesson: When teaching high school, take note of any items in the classroom that could be seen as remotely phallic and avoid mentioning said items and please don’t mention those crazy kids today to grandpa…. AWKWARD….

Growing up, sports were big in my town. More specifically, football and gymnastics were huge.  My high school had incredibly gifted football players, like Tony Siragusa who went on to play for The Baltimore Ravens and win superbowl rings. The girl’s gymnastics team was filled with equally amazing gymnasts, some of whom later competed in the Olympics!  I was not one of those girls.

Miraculously my freshman year, I made the team! The balance beam became my competition event, probably because it was the event at which I sucked the least.

Nervously approaching the beam for my first competition routine, I put on my serious gymnast face and presented myself to the judges in that painstaking, arched back, arms in the air stance that gymnasts are required to do prior to any routine. So far so good. “They must give at least two points for my fabulous stance,” I thought. All eyes were on me. The room was radiating anticipatory silence.

I mounted the beam fairly well. Amazed that I actually landed on the four inch death apparatus, I hooked my thumbs together as one and arched into a back-bend. Bonk!  As my hands made contact with the beam my spindly arms gave out, and I fell to the floor smashing my head on the wooden beam of torture in the process. The room gasped.

Stunned, I sat on the mat. The first rule of serious gymnastics is that spectators are not to speak during a competition. Neither are the competing gymnasts, especially during their own routines. Standing to my feet, I slowly turned to face the team. With my hands out to the side pulsating each syllable I said, “Whoa-ho-ho!” roughly translated, “Did you see that?!” The team was frantically gesturing for me to both shut up and to get back up on the beam. In a serious gymnastics town, apparently no one checks to see if a team member is injured. The games must go on.

As the meet moved on to the uneven bar routines, I quietly asked a teammate why I still hadn’t received my score. She whispered in my ear, “When you get below a five you have to walk to the table to pick up your own score.”  Ouch.

I dragged myself to the judge’s table. Turns out I was right about one thing. They do give you two points for the painstaking, arched back, arms in the air stance, and apparantly .9 for showing up. I got a 2.9.

The next year, I joined the choir. Much safer for everyone.

Life Lesson #1: Sometimes when you are down, it’s okay to stay down.

Life Lesson #2: Don’t try to be someone else. We all have unique gifts. 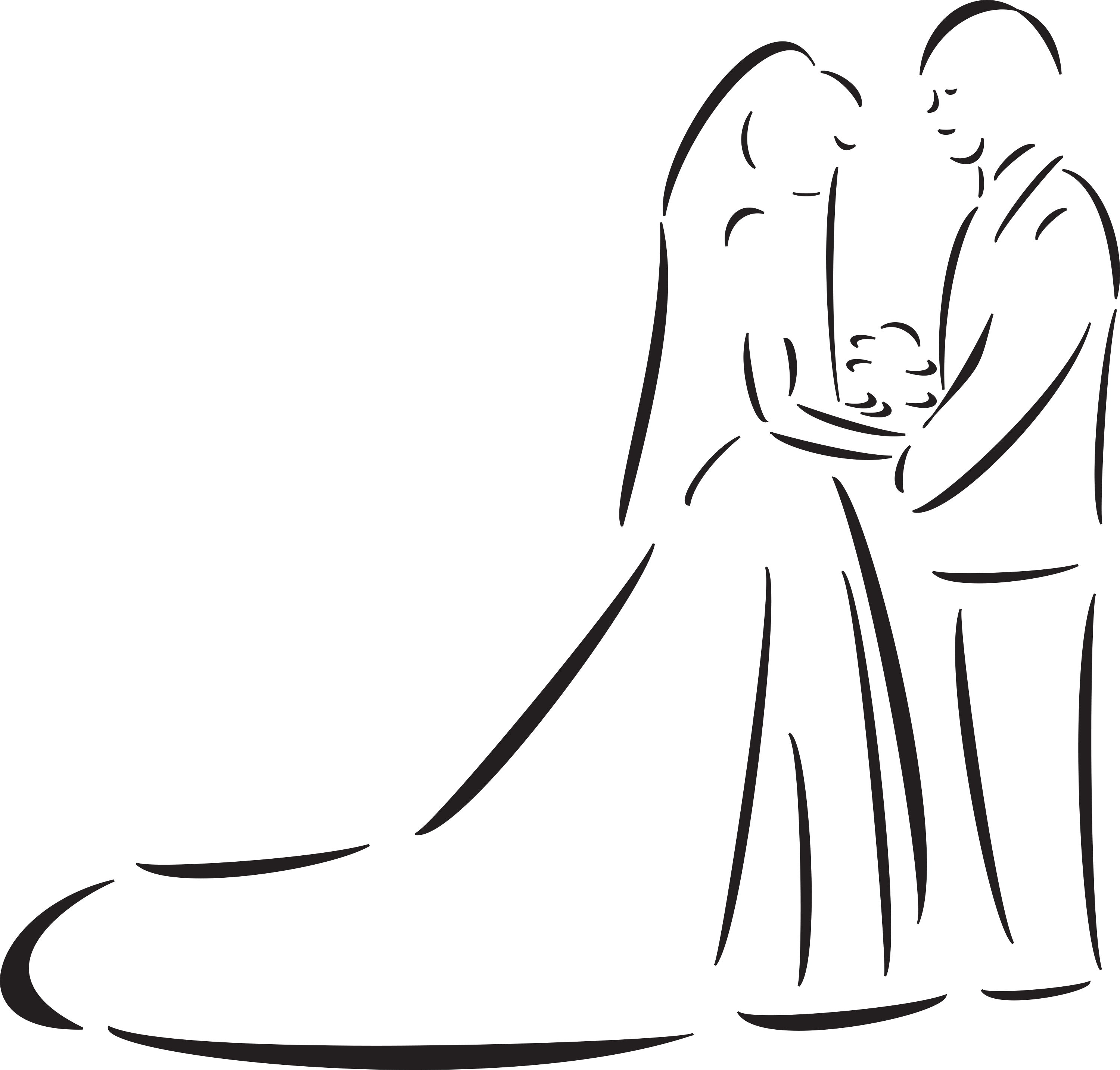 I left the house in plenty of time to make it to a friend’s wedding. Plenty of time that is without a traffic jam two minutes from the church. Not wanting to miss the bride’s grand entrance, I ran up the endless staircase leading to the humongous ornate cathedral only to meet the bridesmaids lined up and ready to go, with the bride not far behind. As I stepped through massive double doors and into the sanctuary’s center aisle, the processional song began and to my horror the entire congregation was on their feet staring at me. 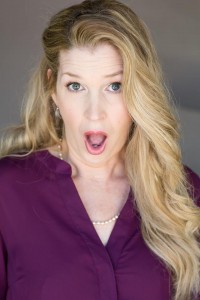 In retrospect there were many reasonable options I could have taken. I could have sashayed up either side aisle. I could have slipped into a back pew, but neither of those options made their way into my brain. With all eyes on me, including the video camera’s (the videographer seemed to be adding me to the wedding footage) I inexplicably rushed up the length of the center aisle, heels echoing the whole way, to meet the rest of the wedding guests, who stood in the first few rows. As I finally slid into a pew, I turned around to watch the processional to find that the bridal party had been following me in and was now more than half way to the altar. Oops.

I hope my friend the bride, doesn’t mind that I decided to join the perfectly matched wedding party in my plaid coat and little black dress. I’m sure she’ll laugh about it when she watches the wedding video. Ok, maybe I’m praying that she’ll laugh. I’d do the same for her. Maybe.

Later at the reception, one would think that I would have tried to be a respectable guest and call no further attention to myself. Respectable was not in the cards for me that day.  I’m Irish and have insanely pale skin. Nicole Kidman has nothing on me, but when the DJ played a salsa, I could no longer contain my inner Latin dancer. Three minutes into the dance my flailing arm smacked the groom’s father in the face. He was not my dance partner.

Moral #1:  Be sure to arrive super early for any wedding but wear the same color as the bridesmaids just in case. 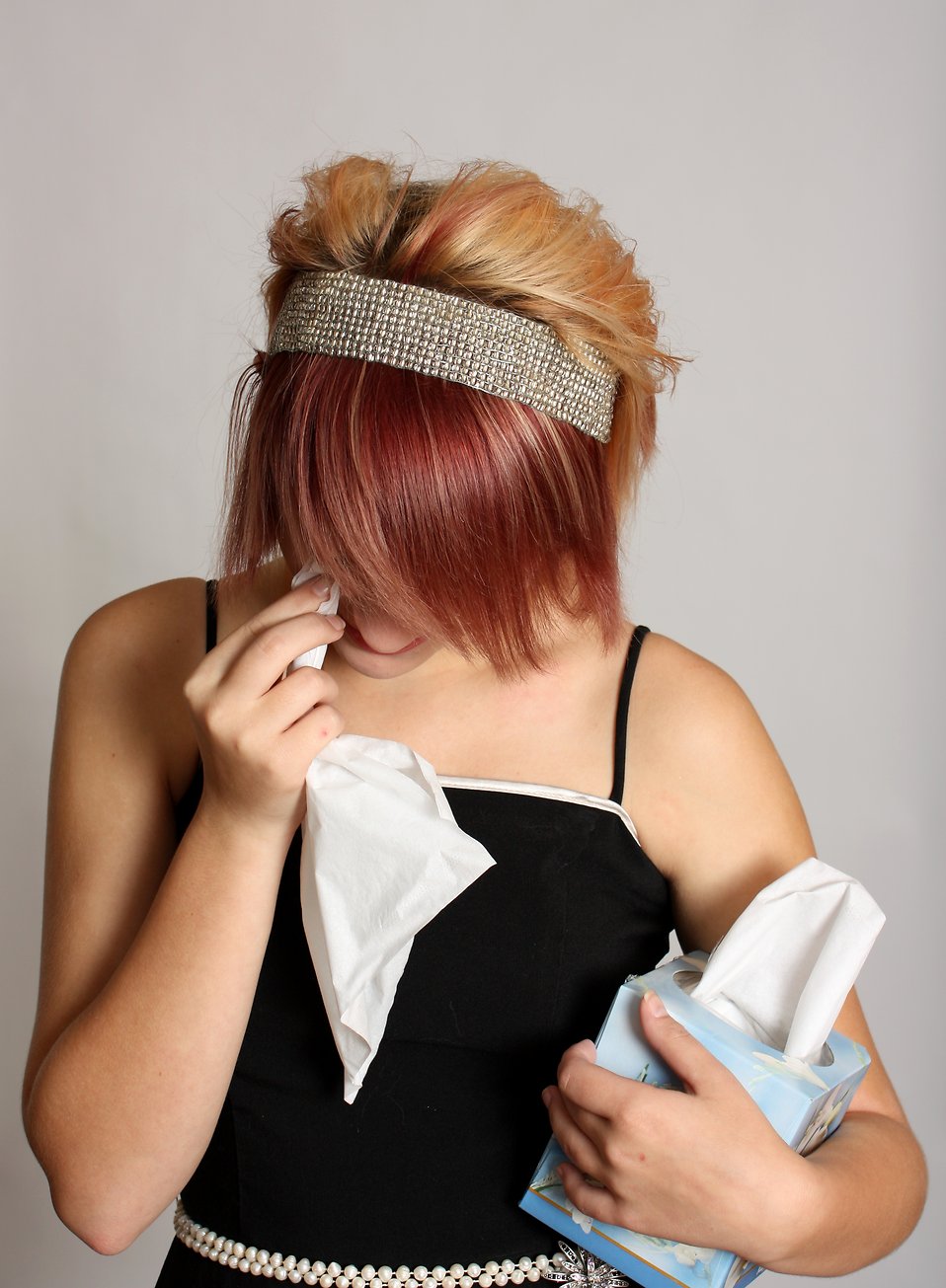 I guess denial is no longer an option. I’m not quite young anymore. Up until a few years ago, I sang and danced in regional theatre and national tours so when a friend asked me if I would dance in a local production for a fundraiser, I thought, “Sure, why not? It might even be fun!” After all I hadn’t been sitting on the couch watching Lifetime movies for that long. I was sure that I was still in “dancer” shape.

During the first rehearsal, I figured I should stretch before attempting any real dancing, as my muscles might be a tad tight, but still capable. Never mind the fact that I hadn’t so much as walked around the corner for 2 years.

After stretching out my hips, I took a step. Suddenly my groin tensed and pain shot down my leg. So much for capable. I hobbled through the rehearsal with a pulled groin muscle and rushed to the freezer for ice upon returning home.

The next day, before rehearsal I went to the ladies room and slathered “Icy Hot” to the injured area, spilling some of the “miracle” cream on the floor. Reaching into my purse, I pulled out a tissue and wiped up the mess.  Without a thought, I threw said tissue back into my bag.  Within seconds my crotch was on fire, but surprisingly, the pain had abated. I thought, “Icy Hot rocks!”

The rehearsal space was rather cold that day and my nose was runny.  On a break, I grabbed a tissue from my bag and blew my nose.  I was walking back to the dance floor when the fire ignited in my nose…